The last little while I’ve been playing around with taking portraits using flashes and soft boxes (I don’t own studio lights). So, the other day I decided to setup my soft box in front of the curtains that cover my sliding door for the back deck; they’ve got some nice texture and make for an interesting background, so I thought they might look cool. 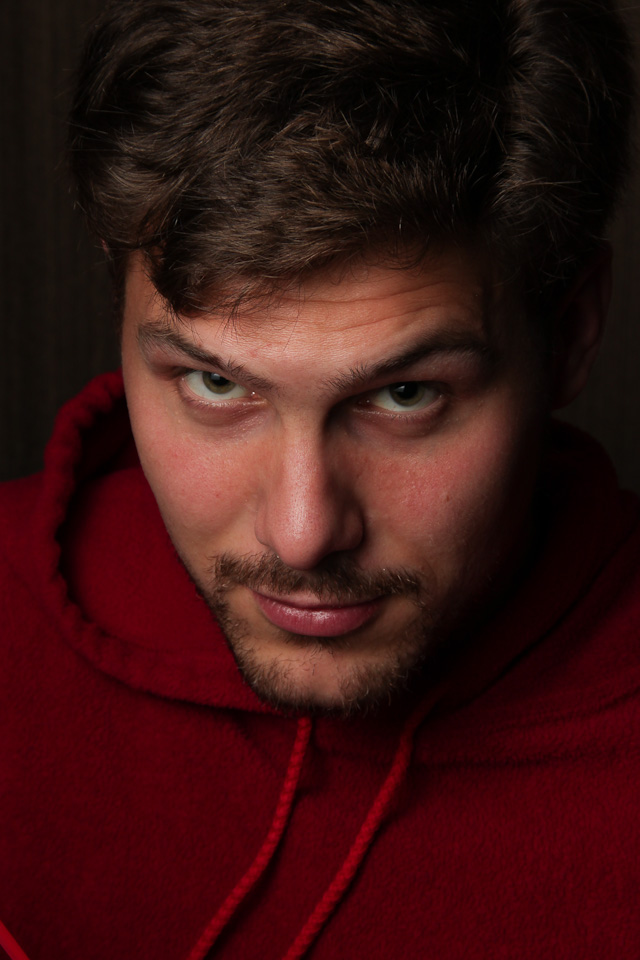 With the softbox in close, the f-stop of the camera has to be pretty high (11-ish), so the light falls off before it hits the background…thus the background is a bit dark. 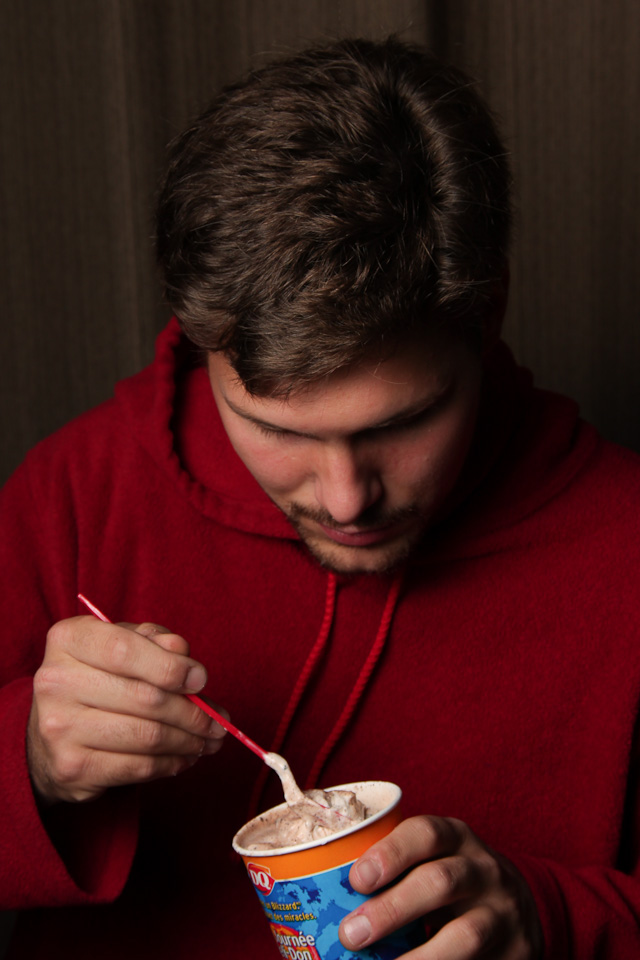 Roberta, Ross, and I have been watching the three Jurassic Park movies the last few days and it’s become a tradition to grab a blizzard before watching the movies. Ross is trying to figure out if this is his blizzard or not. 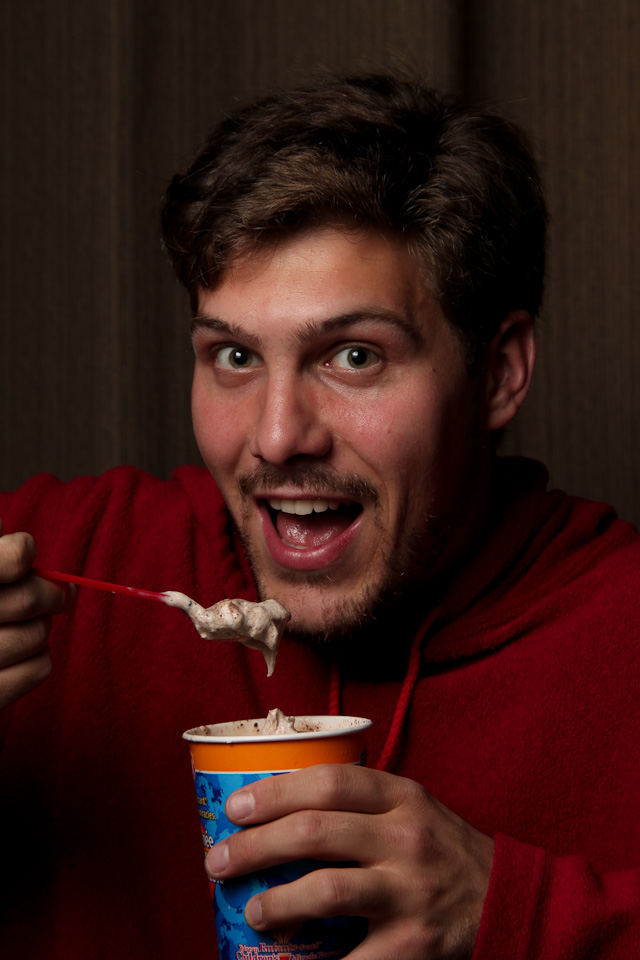 I really like how crisp and clear everything is in this picture. The eyes are in perfect focus with nice catch lights in them, the blizzard looks so good that it’s making me hungry.

As a side note, of all three Jurassic Park movies were great, but the first one was by far the most enjoyable.